Tendamont company was founded in 1990 and during its existence of over thirty years gained enormous reputation and trust of its clients, mostly due to the quality and consistency of its products and services.

Textile Architecture, thanks to its advanced material technology, promises objects that are light, transparent and in great variety of shapes, sizes and colors. Because of the visual dynamic that these objects possess, as well as their innate third dimension, they are best described as sculptures.

Spectrum of these objects in modern architecture is wide and ever expanding – airports, stadiums, halls, public spaces…

One of the major advantages of these structures is that they require a very small amount of components that can be shaped and molded into unlimited amount of membrane structures – a true challenge for every engineer.

They are mostly made out of PVC canvases or rather canvases resistant to fire and UV radiation in combination with wood and steel elements although they can be combined with concrete, polycarbonates, glass, stainless steel etc.

Regardless of the combination or use, membrane structures beautify the space, attract attention and
show the superiority of human ideas and technology over nature.

By using modern materials that radiate with grace and transparency, the term architecture loses its classical meaning and allows engineers to express their visions and ideas in a new way and different.

Roots of Textile Architecture were planted long time ago. In the beginning and during the 20 th century,
engineers attempted to express their creativity with textile structures but were largely unsuccessful until decades later new, resistant materials didn’t revive this movement which is now slowly becoming and inseparable part of the once classical antique architecture.

The most common name for objects of Textile Architecture are membranes, or rather membrane structures, although depending on their use they are also often called modular or tent-like structures, sails or pagodas. 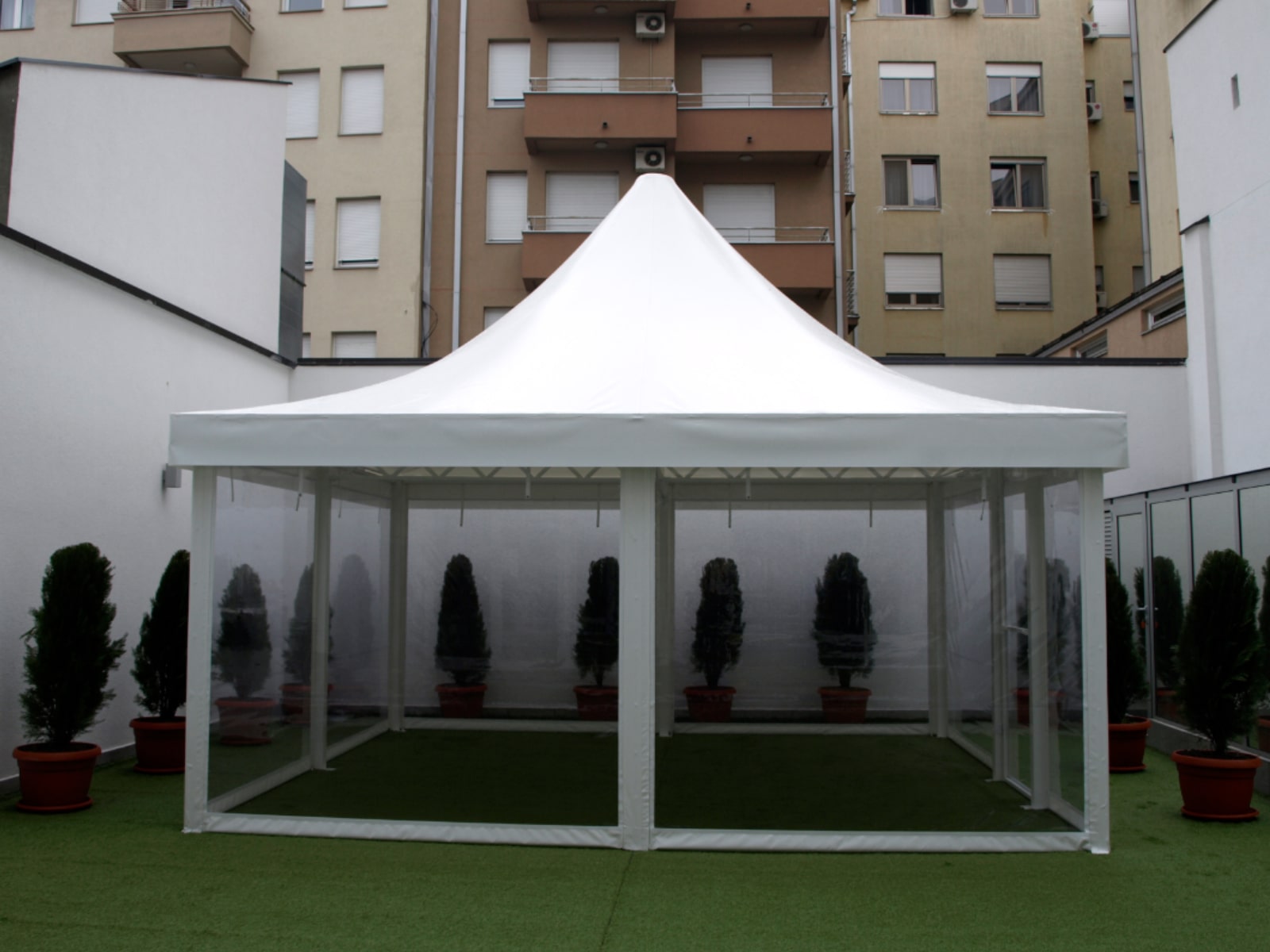 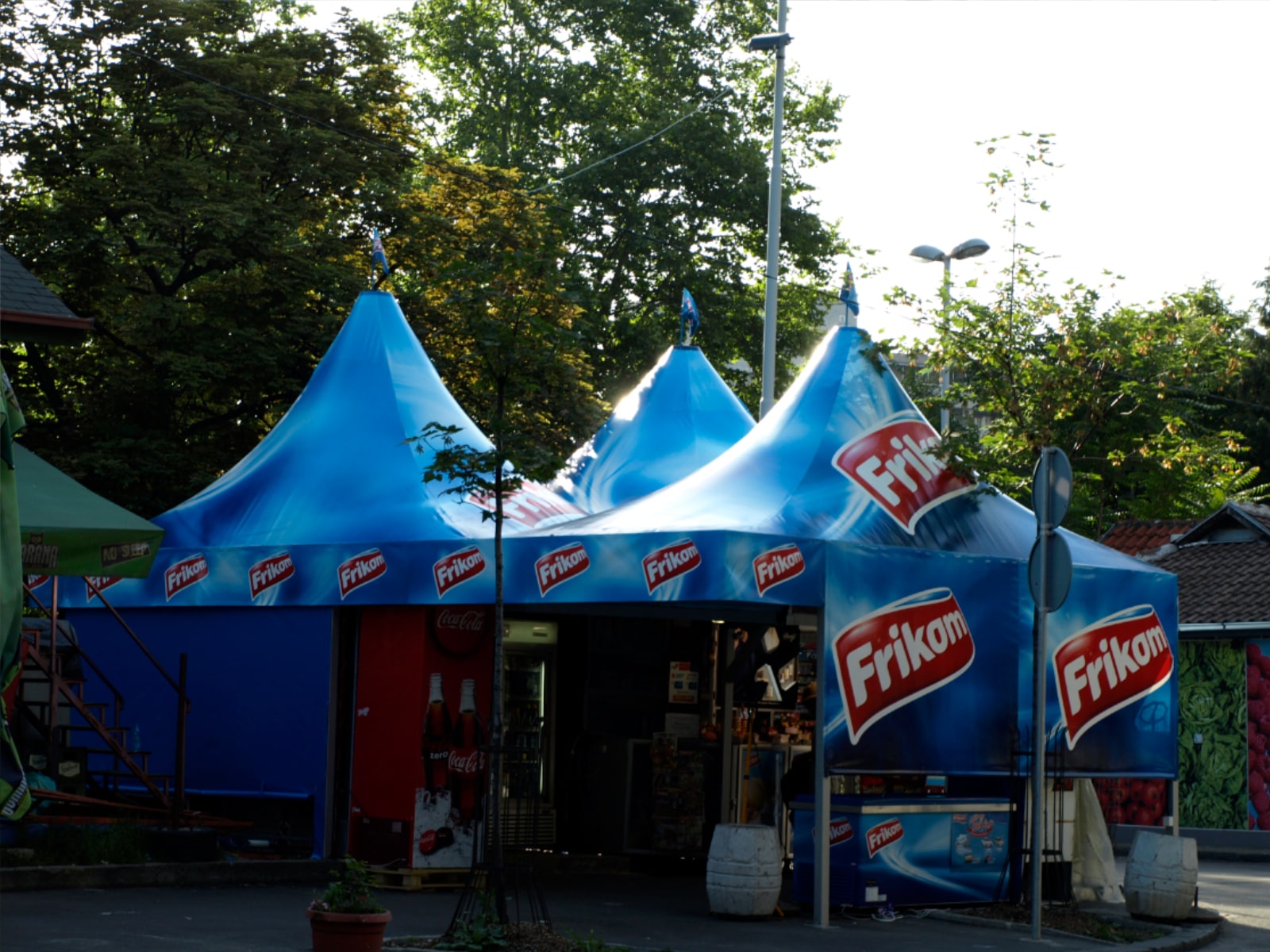 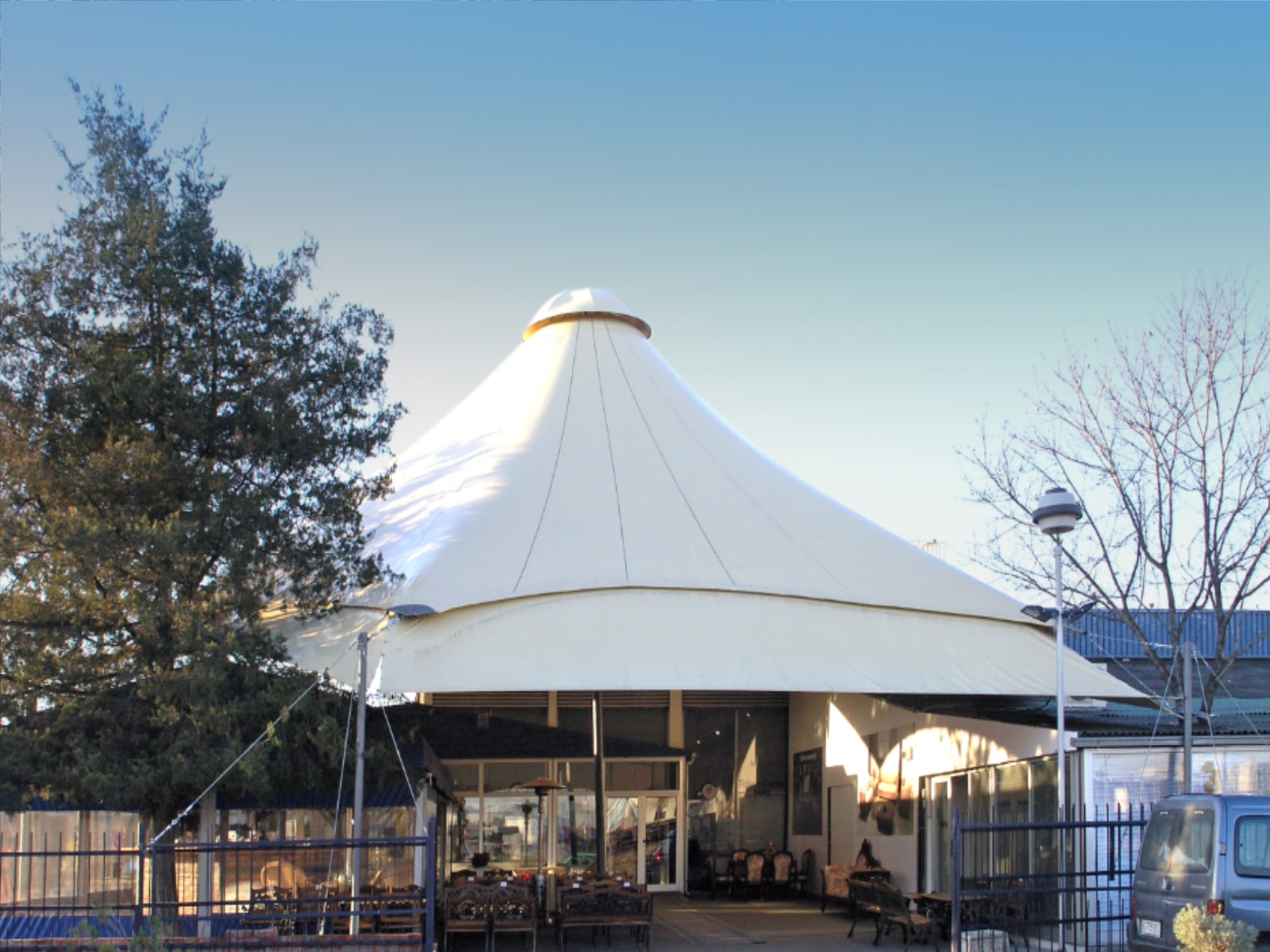 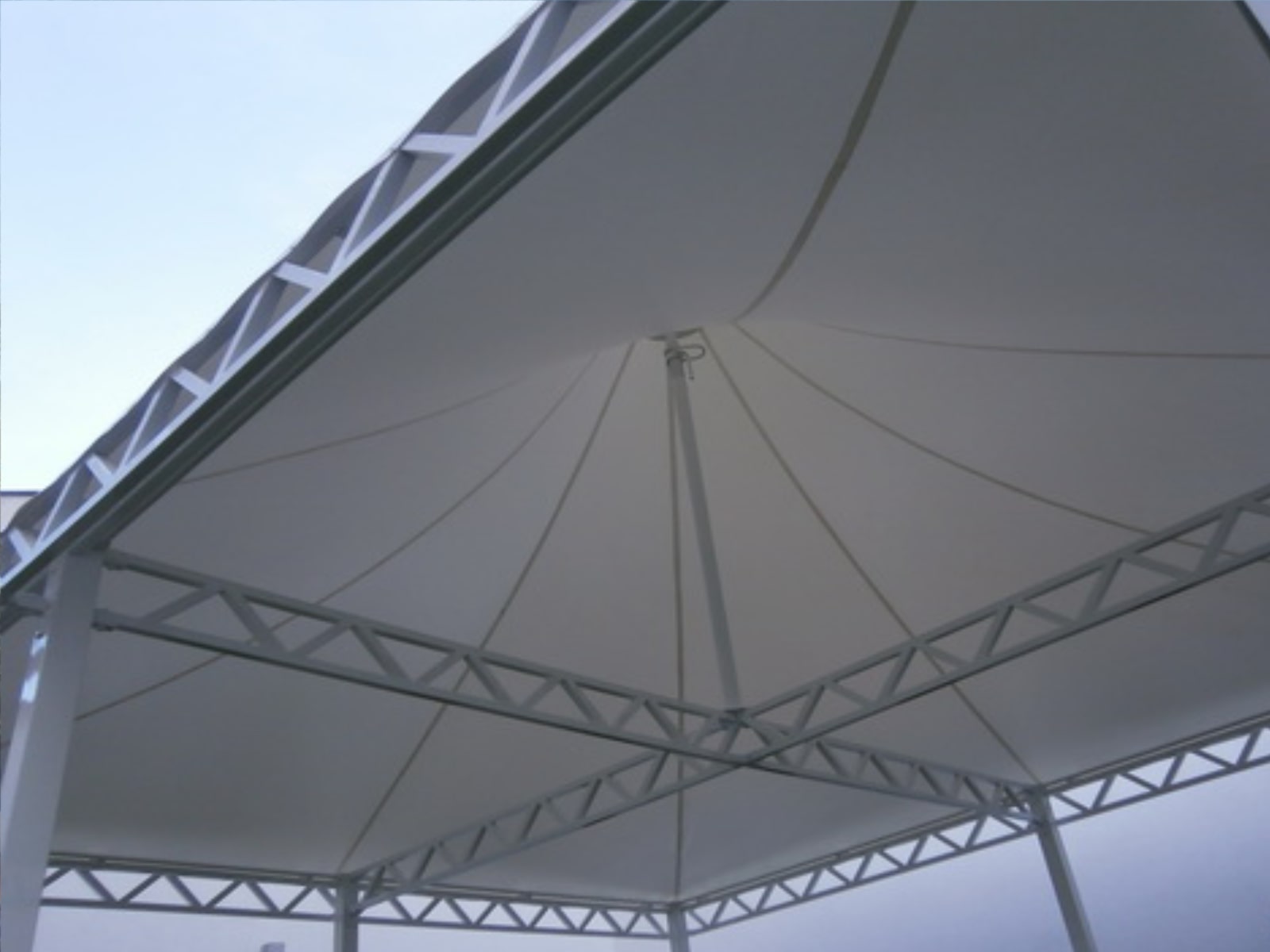 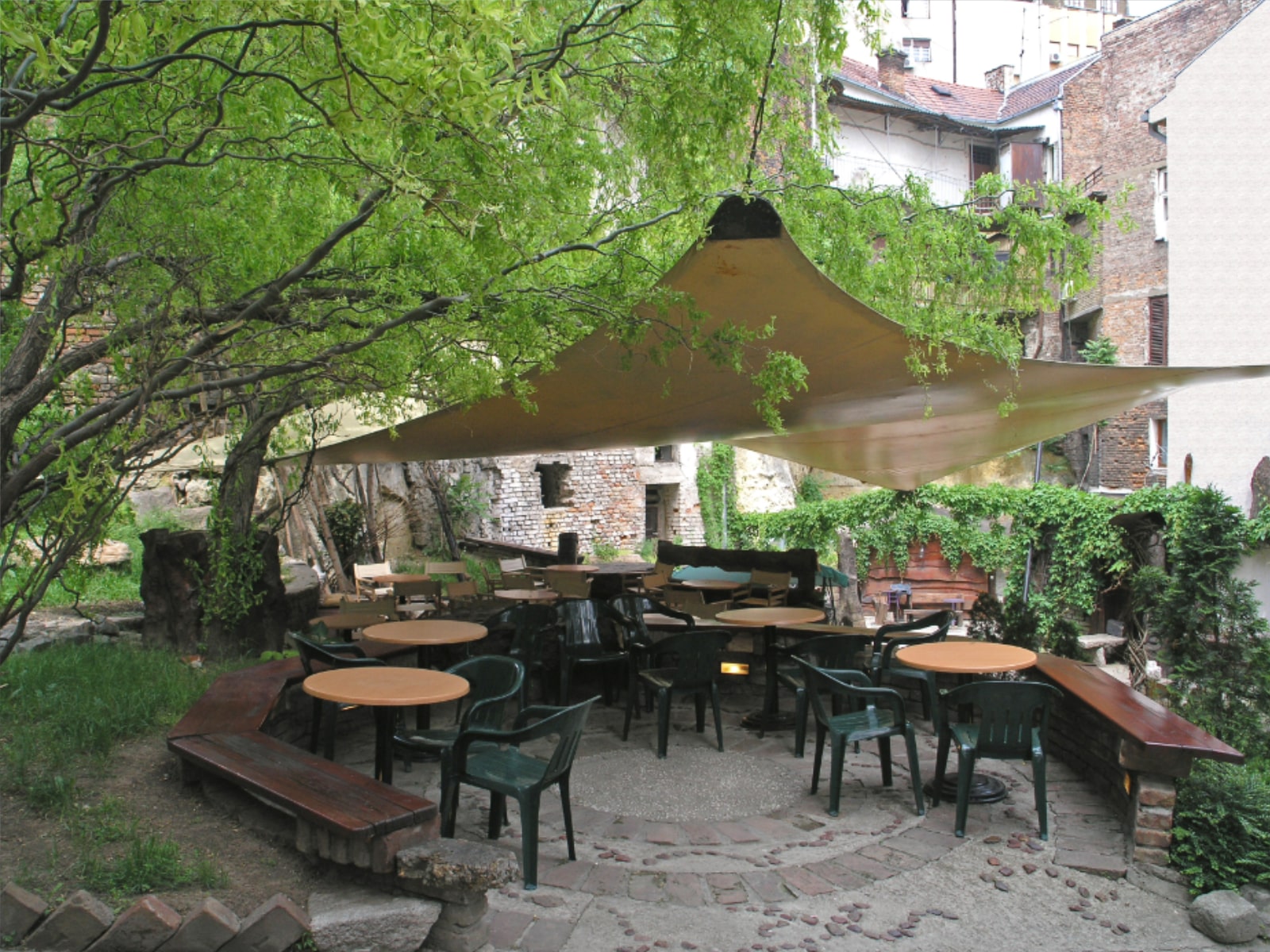 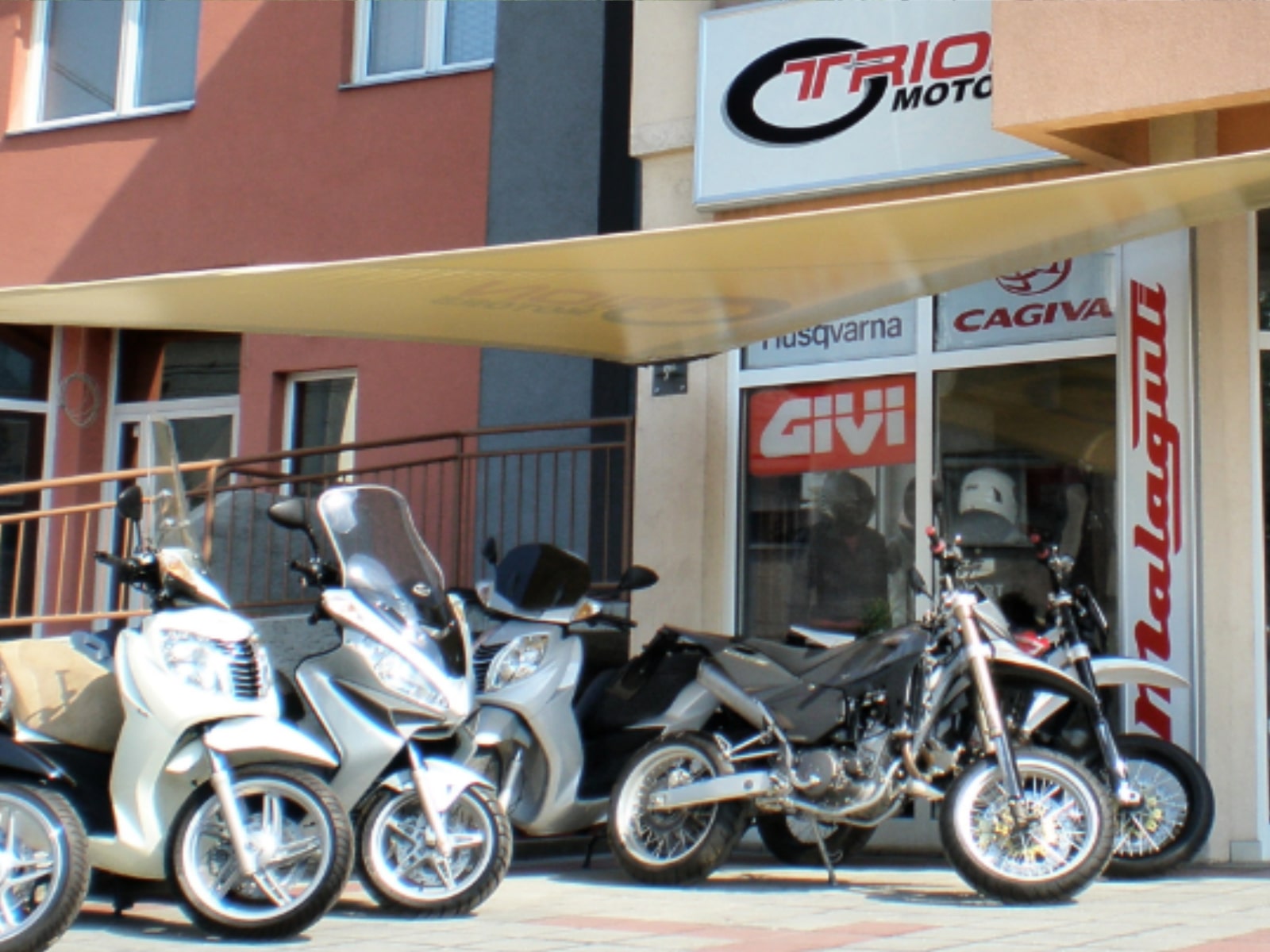 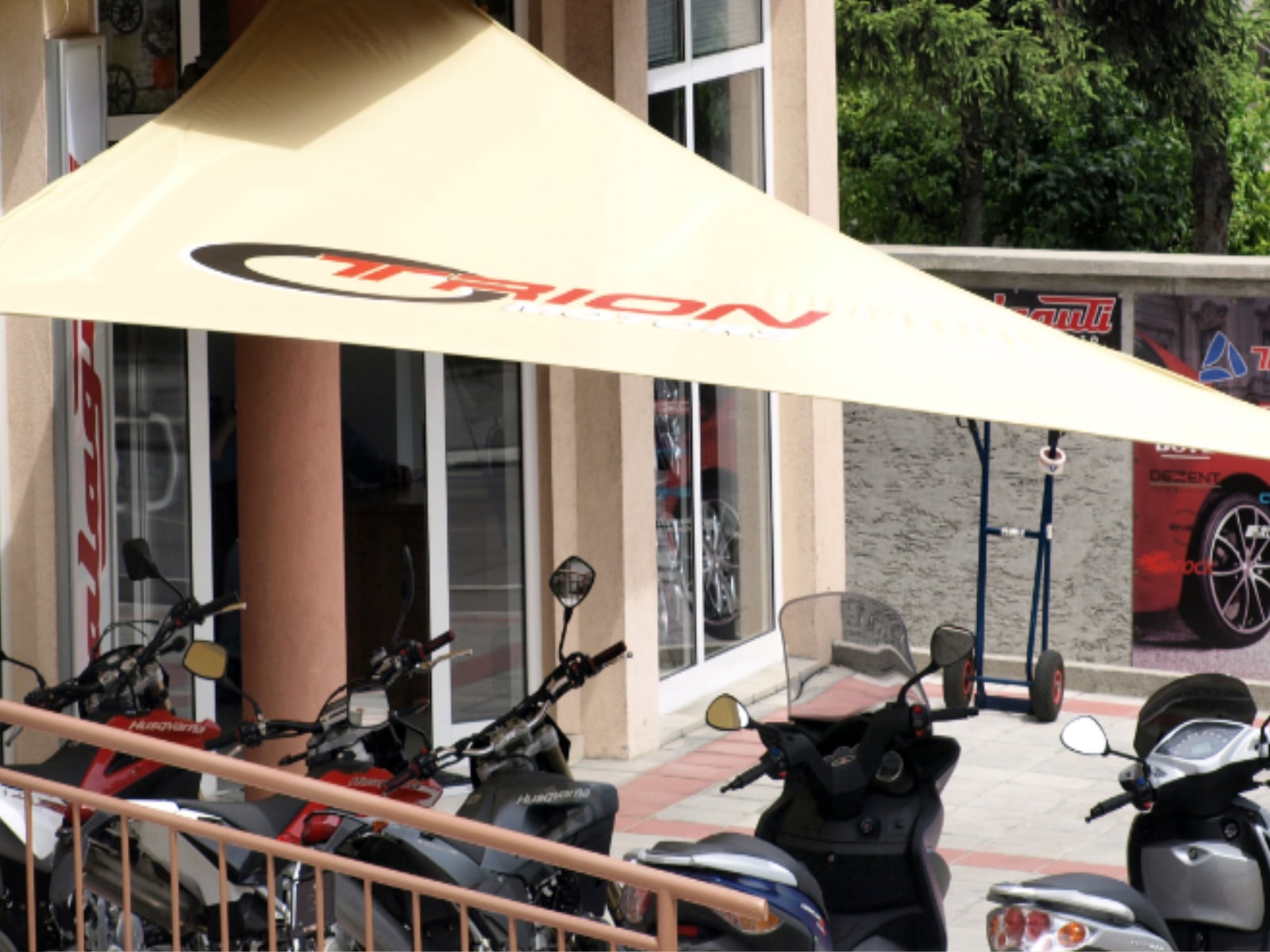 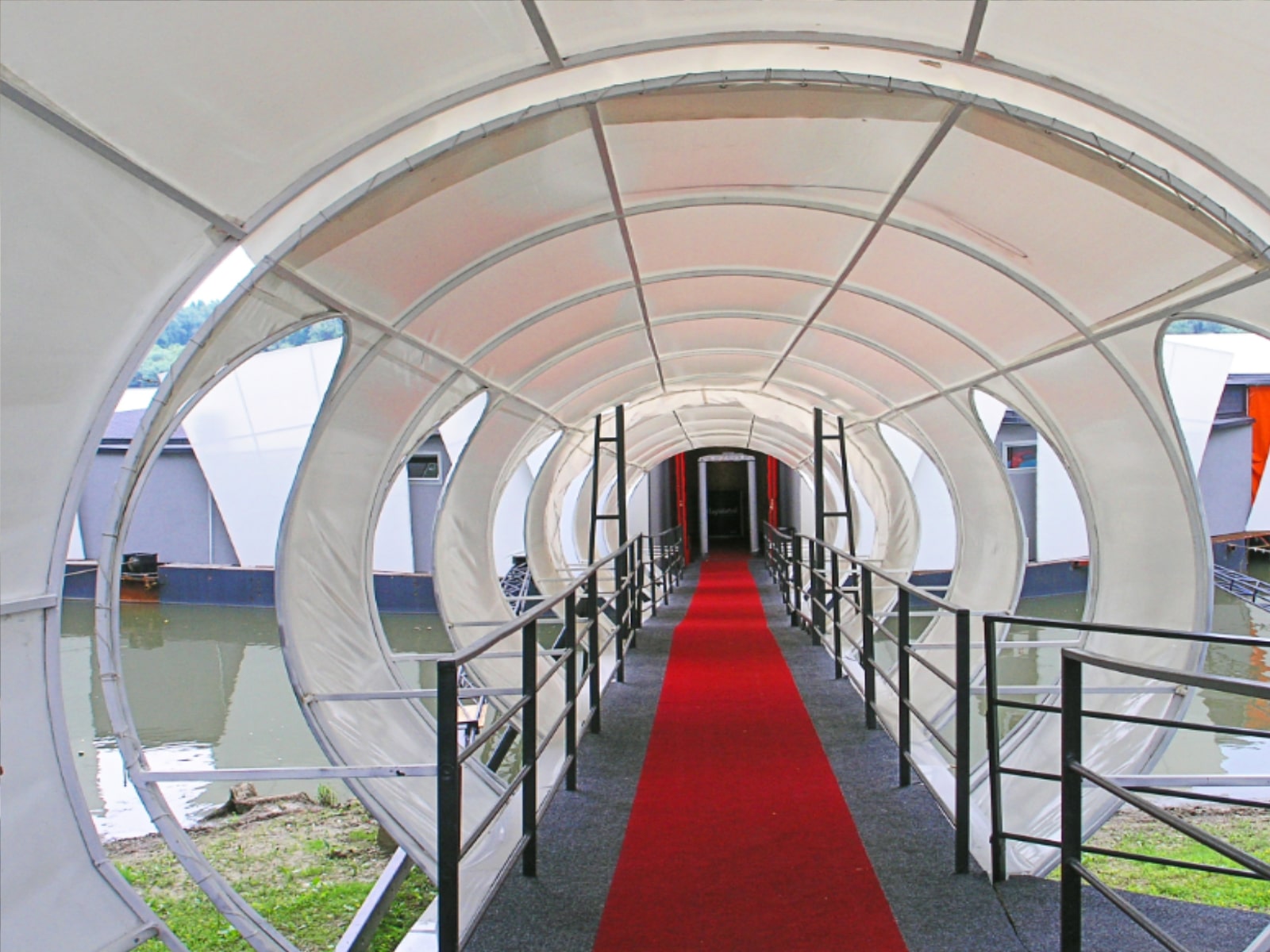 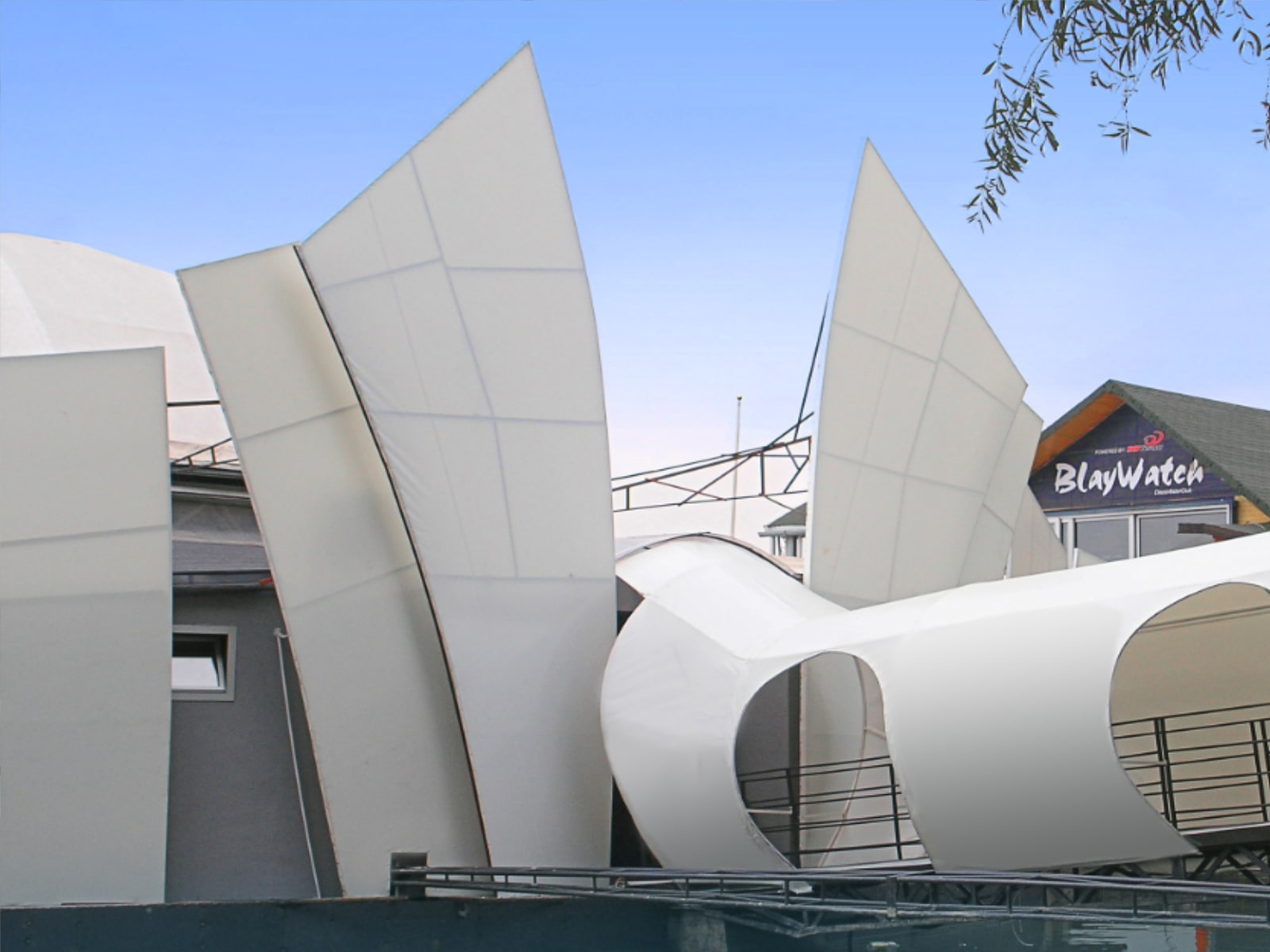 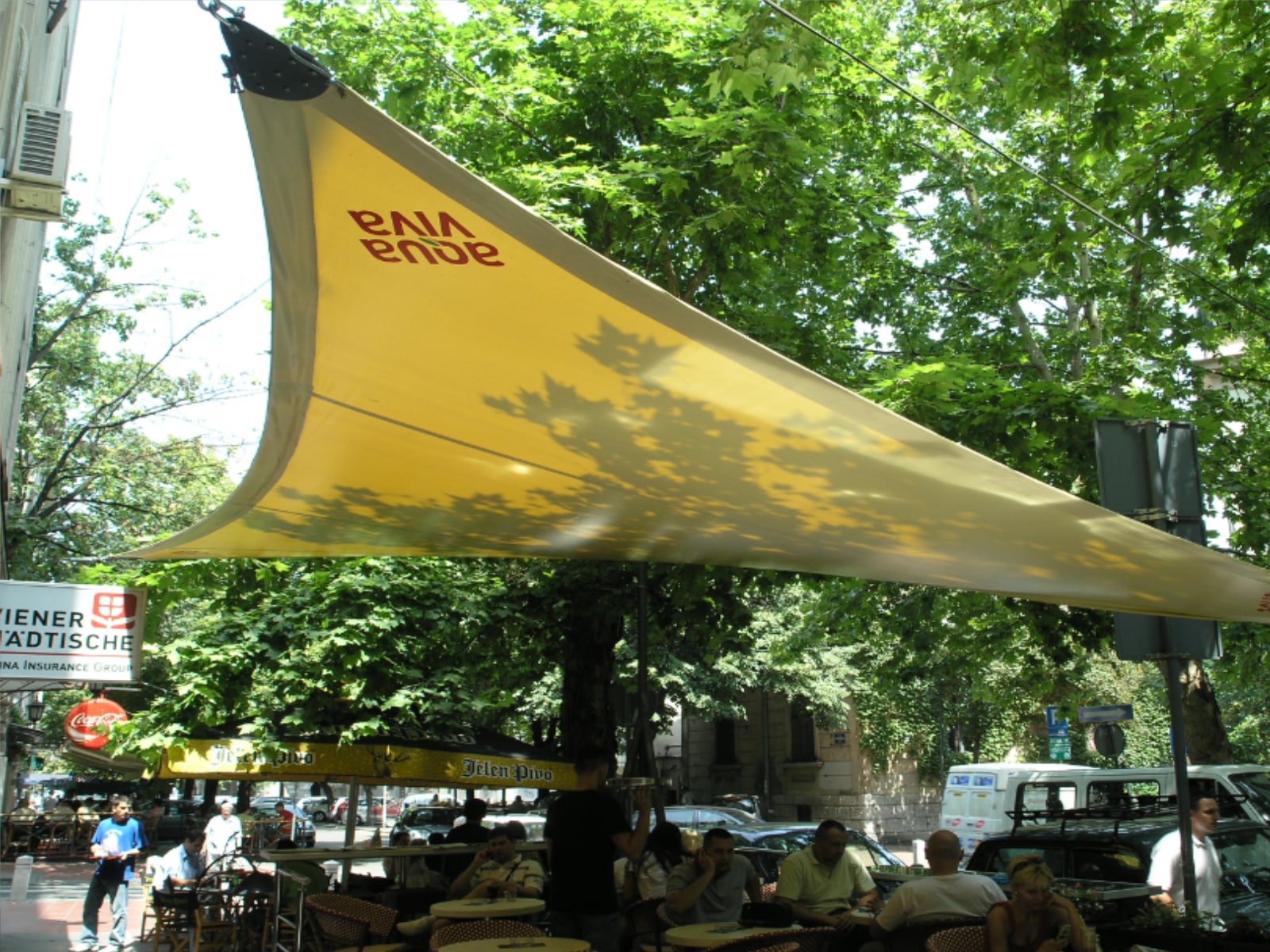 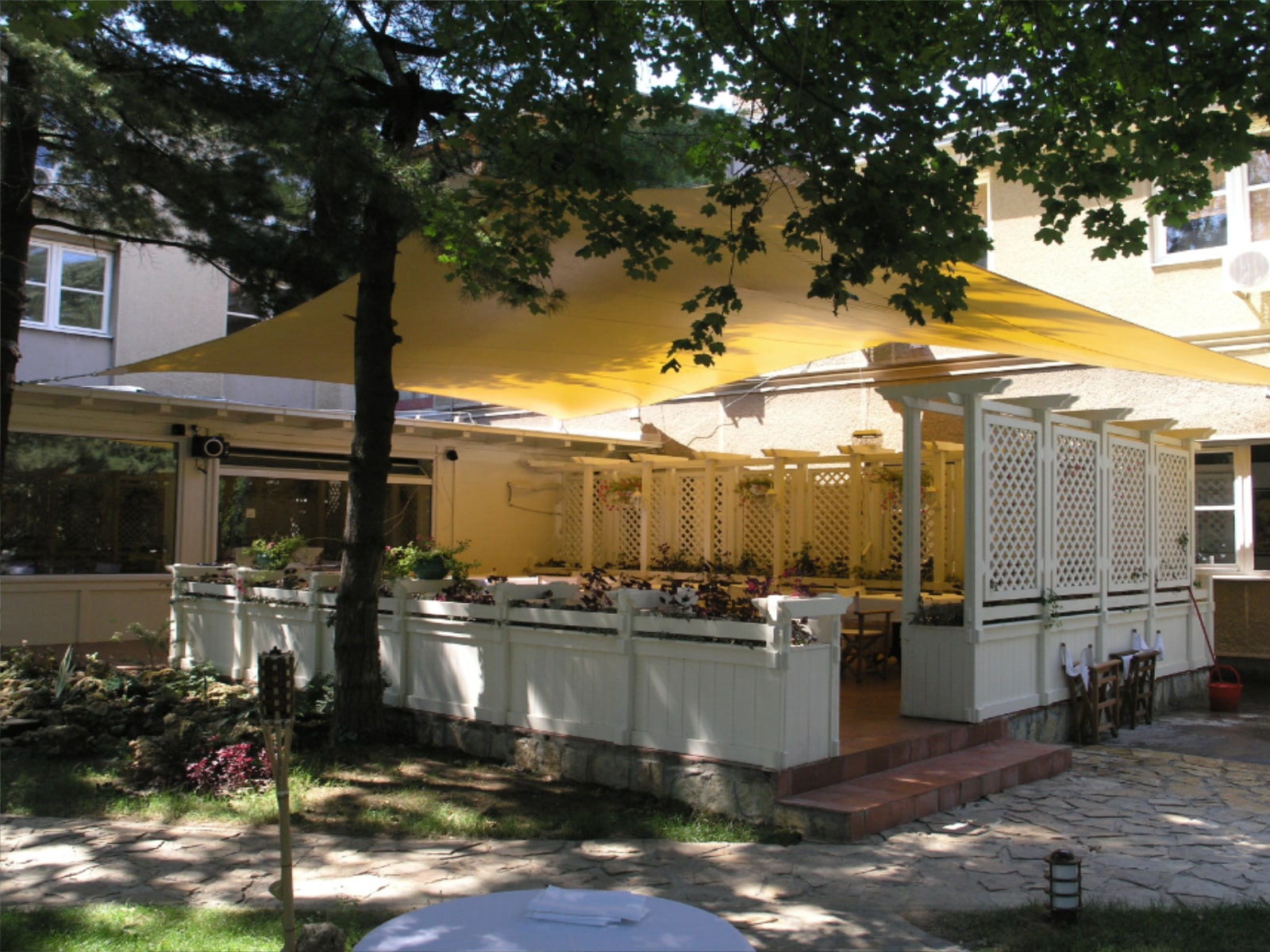 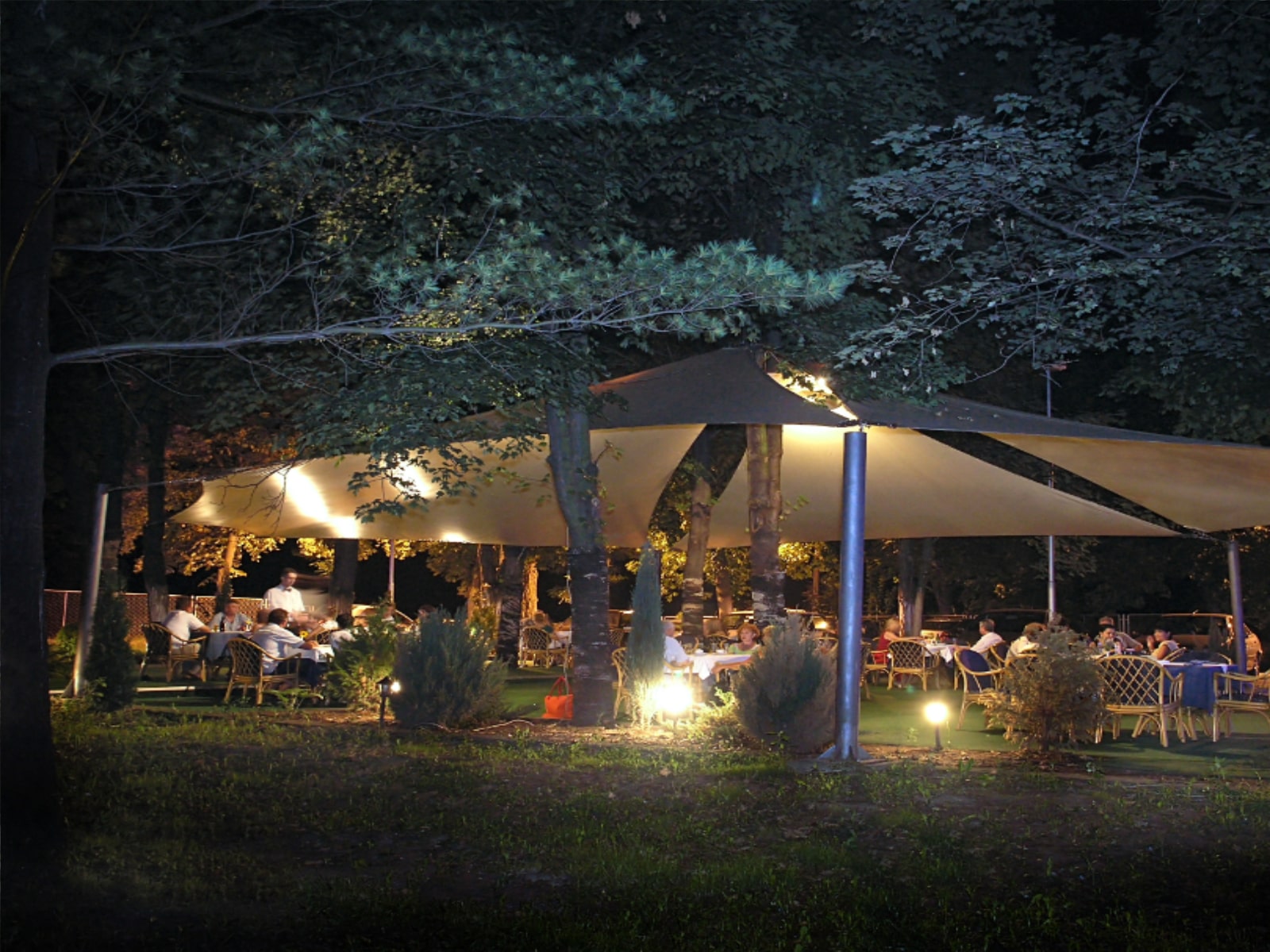